Cookie preferences
This website uses cookies, which are necessary for the technical operation of the website and are always set. Other cookies, which increase the comfort when using this website, are used for direct advertising or to facilitate interaction with other websites and social networks, are only set with your consent.
Configuration
Technically required
These cookies are necessary for the basic functions of the shop.
"Allow all cookies" cookie
"Decline all cookies" cookie
CSRF token
Cookie preferences
Currency change
Customer recognition
Customer-specific caching
Individual prices
Language detector
PayPal-Zahlungen
Selected shop
Session
Comfort functions
These cookies are used to make the shopping experience even more appealing, for example for the recognition of the visitor.
Note
WhatsApp Chat (collapsed/open)
Statistics & Tracking
Affiliate program
Facebook Pixel
Track device being used
Categories 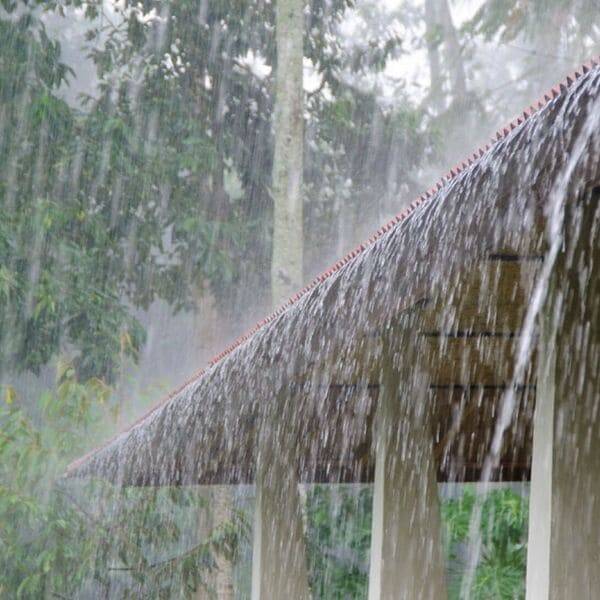 The coffee is particularly impressive because it has very little acidity. The nutty flavours are complemented by spices such as cloves, nutmeg, pepper and cardamom as well as a light syrupy sweetness. A very full body, which also comes into its own as an espresso, as well as an intense, spicy aftertaste. 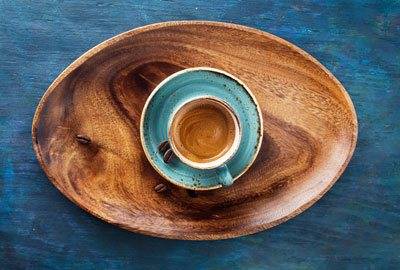 Monsooned Malabar beans are particularly popular as espresso, but also café crème and Bialetti. It is especially recommended for coffee drinkers who love low acidity and full-bodied coffee.

This is a high-quality Monsooned Malabar, so it can be drunk pure, but also works very well as a base for blending with more fruity coffees, such as Castillo from Colombia or Sidamo from Ethiopia.

The basis for this Monsooned Malabar coffee are Indian Cherry AA beans from Karnataka in the Chikmagalur District, one of the most traditional regions for coffee in India. Legend has it that more than 400 years ago the Muslim pilgrim Baba Budan brought seven coffee seeds with him from his pilgrimage to the Holy Land. He planted them next to his mountain oils in Chikmagalur, which has been regarded as the cradle of coffee cultivation in India ever since.

Coffee has been grown on a large scale in India since about 1840, when the British established coffee plantations all over southern India. The tropical climate, high altitude, sunny slopes, abundant rainfall and humus-rich soils in the region are ideal for the cultivation of coffee.

Coffee from India was brought to Europe in wooden sailing ships during this time, and it took four to six months to sail around the Cape of Good Hope. The part of the coffee that was stored below the waterline absorbed moisture that penetrated through the wood and when it arrived in Europe, the coffee was no longer green but golden yellow, large and almost free of fruit acid. Since then, this effect has been further developed in India using the so-called monsooning process: naturally processed coffee beans are laid out in layers in brick or concrete warehouses, through which the damp wind from the Arabian Sea is drawn during the monsoon months of June to September.

The coffee comes from various commodities in the region and is grown at 1,000 to 1,800 metres above sea level on a clayey soil. The coffee is harvested and processed very carefully, and selected according to size in order to achieve the most even roasting possible. It is especially popular with espresso lovers. 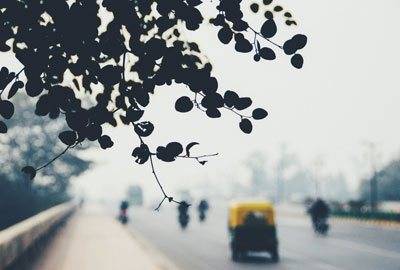 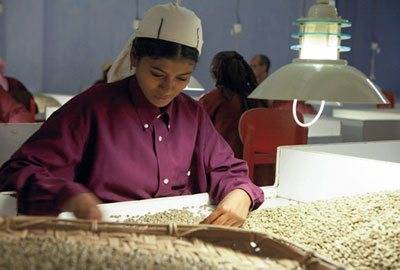 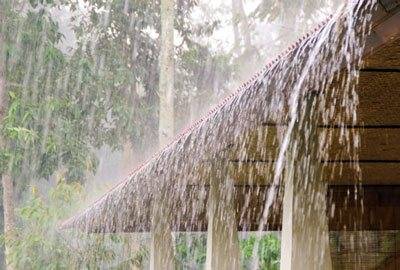 We recommend a medium-dark (full city) roast. Since the coffee has very little acidity, the coffee can also be roasted lightly by lovers of low-acid coffee. As a result, the spicy and nutty taste of the coffee becomes more pronounced and the coffee retains a little more of its sweetness. When mixing with other beans, we recommend roasting the beans separately, at least at the beginning, as Malabar beans are large and have a low density. Later you can try mixing the coffee before roasting.

The green coffee is delivered in a transparent and resealable 800g or 4kg Ecotact fresh bag or in a 15kg bag-in-box.

Flavour of nuts and spices

This website uses cookies, which are necessary for the technical operation of the website and are always set. Other cookies, which increase the usability of this website, serve for direct advertising or simplify interaction with other websites and social networks, will only be used with your consent. More information
Decline Accept all Configure